The Truth About Mouthwash 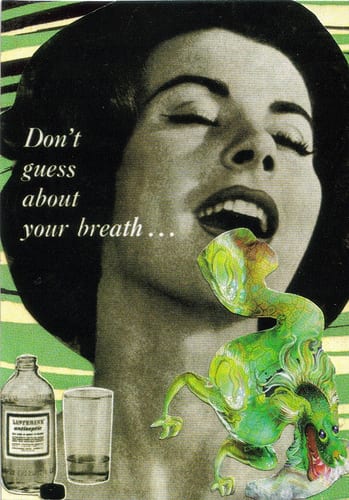 A new review of studies delves into how to beat bad breath  (halitosis) — and gives high marks to mouthwashes.

Researchers led by Zbys Fedorowicz from the Bahrain Ministry of Health reviewed results from five studies with participants who were randomly given mouthwashes or placebo; 293 people in Thailand, the U.S, the Netherlands, Spain, and Israel took part.

According to background information provided by the researchers, halitosis is widespread around the world: Up to half of people in the U.S. say they have bad breath, 50-60% of people in France complain of it, and 24% of Japanese say it’s a problem.

The participants in the data review were adults over 18 years old who did not have any serious chronic gum or mouth diseases or other conditions such as diabetes, which can bring on bad breath. What researchers found when they compared data is that the type of mouthwash can make a difference in either masking or eliminating bad breath.

“We found that antibacterial mouth rinses, as well as those containing chemicals that neutralize odors, are actually very good at controlling bad breath,” Fedorowicz says in a news release.

But researchers also found that mouthwashes that contain chlorhexidine can temporarily stain the teeth and tongue and reduce taste in one trial.

Researchers also found: Mouthwash containing antibacterial ingredients such as chlorhexidine (Elgydium Refreshing Mouthwash) and cetylpyridinium (Crest Pro-Health Mouthrinse, and BreathRx) did the job of getting rid of bad breath better than a placebo. This is likely due to decreasing the amount of bacteria in the mouth responsible for bad breath.  Mouthwash with chlorine dioxide (Profresh, and TheraBreath) and zinc (TheraBreath, and BreathRx) helped to wipe out bad smells by neutralizing them. Bad breath is caused by bacteria and traces of food that collect in the back of and creases of the tongue.

Researchers write that these particles and bacteria then “break down into volatile sulphur compounds,” which are responsible for the smell.  Dr. Mishaan believes that having good oral health requires proper brushing and flossing habits. Do not forget to brush your tongue to remove bacteria and keep your breathe fresh! Please be aware that if you have chronic bad breath it is a potential sign of  infection and you should visit your dentist to have this issue resolved.

Daniell Mishaan, D.M.D. is a Cosmetic and Restorative dentist in the Garment District in midtown Manhattan. He serves patients from all over New York City and is open Sundays for all patients including emergencies.
Source:  Kelley Colihan for WebMD Health News